What is the difference between right mindfulness and wrong mindfulness? [1] 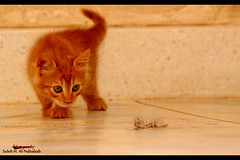 Both of them are part of an electric drill, if you excuse the mundane simile for a moment: It is the direction of the drill that ultimately matters, and which makes it “noble” – not its most basic feature: drilling. Let me explain.

Even a hitman has a certain form of sīla (Pali, lit. “habit”), samādhi (Pali, lit. “collectedness”) and paññā (Pali, lit. “Knowing, Understanding”) – in other words, even a hitman practices an eightfold path (a methodology, a course of action) and so do nurses, carpenters, and truck drivers.

What do we mean by that?

Well, in all of these professions you have certain “rules”, “precepts”, i.e. “standards of behavior” which are considered favorable in your practice of medicine, home construction or driving endless hours through the night. This is a form of sila. But it is, of course, not necessarily “noble”. Similarly, in all these approaches you do need to restrain your body and your speech to a certain degree. Accordingly you put effort into your task, based on your conduct, your training, and you try to avoid the unskillful customs/habits and you apply a continous remembrance (i.e. a mindfulness) towards your task at hand: the nurse will make an effort, based on her training, to keep her task at the forefront of her mind, thus she applies a directed mindfulness which leads into a strong focus or concentration on whatever she needs to do: inject a needle, help out in an ER etc. etc. In the same fashion, you can see the carpenter and the truck driver having to utilize profession-related virtues, supporting their efforts. Effort then is applied to make them focus on their task, remembering continously what to do and to do it as good as they can – which in fact leads to the building up of even more focus and concentration, absorption, “getting into the zone” with regard to their specific types of work – we all know this, we all have experience with this and we practice it basically on a daily basis: in order to succeed in daily life.

An extreme example of this would be the hitman. No one would ever dare to call his “profession” a “noble” one. And yet: if we analyze his “work” it shows all the characteristics of the eightfold path: All his training, all his workout and preparation (sila), is translated and directed to that final moment, towards that one precise final goal: so you find him highly concentrated (samādhi), by identifying his target maybe out of a crowd of people in a mindful manner “this is the target”, “this is the target” (sati) and so his concentration grows and he becomes successful at what he does, not backing down (viriya) until his job is done and he succeeded (knowing and seeing that he has accomplished his goal).

Deeply reflecting on this, we understand two fascinating things:

First of all, obviously, this is what the Buddha meant, when he talked about the “wrong” eightfold path. Clearly, with a little (but not that much) phantasy we can see a similar methodology applied to any task we set about to accomplish, in literally any profession we can think of, where people apply their skills to achieve something – which in fact follows the outline/layout of that very path – and breaking down any such activity in a certain way could always be done using the pattern of the eightfold path. How astonishing! – You already “know” the eightfold path – you just have to turn it towards Nibbana 😉
Therefore, in the same way  as the four noble truth can rightly be compared to a physician’s approach [2] to analyzing, identifying the malady, showing remedies and providing for a cure – which is what the Buddha’s four noble truths are – in exactly the same way, in terms of a general model for action, the eightfold path is nothing else as a superb description, psychologically obviously, of what anyone goes trough as they try to tackle any challenge and turn a challenge into a success: School, Sports, Business…and attaining Nirvana.

Indirectly this perfectly answers our question as to why the eightfold path of the Buddha can be called a “noble” one. It also answers our understanding of what it actually means: it is by no means a random collection of ideas, nor is it something completely alien to our lives: in fact the raft of the Dhamma which is supposed to carry us over to the other shore, is made of what the Buddha found already in existence here in samsāra – otherwise Nibbana would not be possible anyway – and the genius is, that he advises to use the same worldly strategies which we know work on a daily basis – and turn them

in the direction of Nibbana

This is a miracle of the Dhamma – building a raft with the material you are already familiar with. Because, and this is the clue: the eightfold path of the Buddha is noble because it is built on right understanding – and thus points, very much like a spear, in the direction of piercing Nirvana – instead of piercing any worldly aim. Of course, that is a fundamental difference – fundamentally different because its very foundation, sammā diṭṭhi, is unlike anything else we apply the “worldy eightfold path” to every day. [3]

And so in the beauty of the noble eightfold path, the Buddha uses a model which everyone can find already applying in their own worldly lives, and points out, that if you do something similar but you point it towards the understanding of reality of life (i.e. anicca, dukkha, anatta) you will end up with right seeing-and-knowing and ultimately right freedom. [4]
This too would make it completely obvious, why in the early Sangha, there was no need felt for the label “vipassana”: as it stands, the entire eightfold path, is a flying spear of vipassana. Obviously the spear ends in samma-samadhi, as samadhi is used to “penetrate” the four noble truths – i.e. anicca, dukkha, anatta with regard to the reality of this present moment. It is sammā-diṭṭhi which makes it fly in the right direction. It is therefore of stringent logic, that the Buddha would sometimes label his meditation “anicca-samadhi”: After all, it is samadhi which is the goal of the noble eightfold path, but only for the purpose of fulfilling, piercing reality by being thrown in the right angle against the present moment: with the help of sammā diṭṭhi.

[3] MN Mahācattārīsakasuttaṃ (PTS 3.76) [Quote: sammā-diṭṭhi is spear-heading the eightfold path – this is a very powerful Sutta – there can be said so much more about it…ars longa vita brevis]

[4] See not 3 above, where sammā samādhi is said to lead towards sammā ñāṇa, and then sammā ñāṇa leads to sammā vimutti. This is the definition of the “ten-fold” path which the Buddha sometimes gives – basically describing the path and emphasizing the finishing line  🙂

Buddhists without the Word of the Buddha 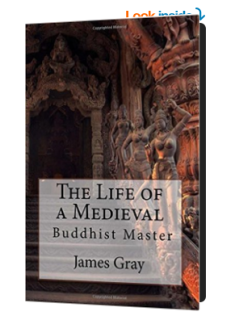