Continuing on where i stopped the other day, i was amazed to see the interpretation of the next line of the 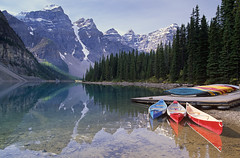 Sutta Nipata by our alleged Mahakaccayana:

This question was raised in allusion. To which alludes this question? To the nibbana state without residual clinging.

Of course, after clarifying which role mindfulness and “knowing” (paññā) play in the day to day life of an insight meditator or enlightened being the question comes up what happens if even these things vanish?

Paññā and sati are still part of some mental activity going on and it is here that the Buddha says, well, you are right Ajita, name-and-form will cease to be if consciousness ceases to be.

Mahakaccayana expounding on this verse rightfully and excitingly refers to the “Anupādisesaṃ nibbānadhātuṃ” the nibbanic state without residual clinging. Nowadays this term is usually interpreted as some beyond-life nibbana (paradise/realm) but – as Ven. Nyanananda points out in a couple of his Nibbana sermons, that does not make much sense and in fact this type of “element” or “state” refers to the meditative attainment an arahant can enter even during his life – (which, at his death, eventually will lead to no rebirth).

While talking about this the Netti brings up two words: Dassanabhumi and Bhavanabhumi. Plane of seeing and plane of development. Down the road those two terms are explained to mean a stream winner (dassanabhumi) and the rest of the enlightened ones (bhavanabhumi). So, the thing which sets the stream enterer apart from both the common folk (puthujjana) without training and also from those with higher attainments is the fact that he had this first initial realization in form of “seeing”. “Seeing things as they are, you might say. Seeing the rising and falling very clearly. And the lasting effect of this “breakthrough in thoughtless self-observation”. The transformation in his case, or better the special ability distinguishing him from everyone below that “rank” is his ability to “see” what is going on.

Of course that power of real-time seeing how his six senses operate did not come for free. It involved a process of insight meditation – maybe even for months, years or life-times. Nevertheless i was curious and did a search on this term, as it seemed not to be part of the sutta-vocabulary, and i just wanted to make sure where else this term was used in the pitaka.

And guess what the results of this search were? Yes, only Petakopadesa and Nettipakarana use these terms.

Both books are really so close in terms of content discussed and style of presentation. IMHO they read like “notes” someone took while listening to Ven. Mahakaccayana teaching and explaining the Buddha’s teachings to the lay people and monks in Avanti- and then of course they “suffered” being handed down over two or three centuries in an “unauthorized” fashion before being admitted to the Pali Canon and frozen in their current state. Together with the Patisambhidamagga and maybe Milindapanha they give a pretty good second angle on the early suttas and discourses of the Buddha and that is probably why Buddhaghosa rests so strongly on them when he edited his Visuddhimagga and the commentaries…

Anyway, looking up the parallel topic in the Petakopadesa (PTS, pp. 135) this little jewel differentiated those 4 stages of enlightenment even further. Hold on, this is very exciting (at least for me):

So, the thing which differentiates every yet “unenlightened person” from what the stream-enterer is, is a “seeing”. One could say, the thing most noticeable for a sotapanna would thus be his newly gained ability to “see” what is going on…something those not sharing this stage can only “wonder” about but not really experience, well, obviously, because they need to go through the same process of realization.

Now, what would the once returner come up with as the most noticeable description of him realizing the second stage. According to the meditation-knowledge captured and handed down by the petakopadesa the once-returner would say:”Hey, wow, this (emotions of greed and hate) has become less” (Tanubhūmi) – the stage of lessening.

What is next? Again continuing with insight meditation, going through the nyanas, at some point the next realization would among other things make the Anagami say something like: “Wow, greed and hatred are completely gone. No trace of them left” (Vītarāgabhūmi). So, this would really distinguish the Anagami from an once returner. Can we imagine how such a mental state would “feel like”? Well, only if we probably reach to that stage.

The final Arahant level of spheres where one is destined to live one’s last life is summarized in the term katābhūmi. So the Arahant gained this special extra knowledge that he “is done” (kata). He knows it. No second guessing. Like the Stream-enterer “sees it” the Arahant simply “knows that he is done”. We might think that such a knowledge is just interfered or conceptualized…but even the stage of a stream-enterer already seems to be – although so close – so far away at the same time.

Think of someone climbing up a hill. He comes back and talks about a certain cliff he stood on and “seeing”/”looking at” our most beautiful valley. Well, there you are, sitting in the same valley he talks about, but you never went up that hill, you have absolutely no clue of what he is talking about, you can only imagine it, because once you climbed on top of your roof – but that was the highest point your attachment let you get away from your dear home.

Then comes the second guy talking about an even higher cliff where the atmosphere becomes “so thin”. Now you and number one wonder what that person is talking about. But while you still wonder, another guy comes along who went even further up the mountain, where there is only ice and he could not even see the valley any longer, the clouds making everything below him look just serene and peaceful. And eventually all of them meet the last wanderer, who climbed on top of that mountain and tells them about reaching and standing there on a mountain peak. Of course, there might be such a thing, you wonder, but how does he know that there is no higher path leading up? Well, how should he explain, that standing on that top, you simply know: “this is the top”.
So, anyway, apologizing for this crude simile, but the nice “keywords” only found in the Netti and Petakopadesa describing those four stages of enlightenment seem to portrait them in a very valuable and experiential manner, adding additional insight into the suttas.