Normally, when we talk about the world, we think of mountains, oceans, rivers, valleys, towns, 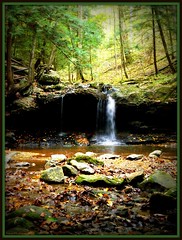 When the Buddha spoke about “the world” he had something else in mind:

As he was sitting there, he said to the Blessed One: “‘The world, the world’ it is said. In what respect does the word ‘world’ apply?

Just pause for a moment and give it “a thought”. Except for those six building blocks, where can there be a world beyond those? Can you imagine outside imagination? Can you feel outside feelings? Can you think the thoughtless?

Okay, you say: “But there is our earth and the stars”. But, well, yes, that what you said was in itself, if we are honest, a thought. Or better: a series of sense impressions. You say: Beware of solipsism. That is just a philosophical playground.” But well, yes, even this “standpoint”, if we show absolutely no interest in this question’s content but try just to be aware, listening to the sixfold noise of becoming, this question too was, in effect, just a thought.

Even my reflection, whether there could be something beyond thoughts…is, again, a thought. You say: “It is all a brain function.” Guess what? Gotcha, another thought (this term is used here very loosely. As seen in the quotation above, in addition to the five sense impressions Buddha reckons the mental objects and mind consciousness as just another “sense” – all in all, those six realms (sal-ayatana) are the foundation of “all” (even time and space are derived from their interplay). Whoever wants to “know” has to work with them. The trick however is to not get intangled with the contents (usually summed up sense impressions wrought into concepts and proliferated into perceptions of a 3D-surrounding filled with comedy and tragedy. Having said that, even a (quantum) physicist is essentially taking the stars for the telescope, ouch!).

The one trying to stop running away into labyrinths and thought chains, stopping hard to confront himself with the shock and aftermath of each sense impression, enters the abyss of impermanence which in each moment is closer than we fear but made invisible by some form of existentially necessary amblyopia. Or, did you ever enjoy a film were you could see each individual frame flashing? You may have enjoyed the funny aspect about that, a joy the insight meditator may very well experience seeing the rising and falling of his world in real-time. But “enjoying” the story? The “story” as such comes only into being through interpretation.

Being close to a realm which many unfortunately only associate with philosophy instead of personal experience we nevertheless know of at least one very famous (Buddhist) philosopher, Arthur Schopenhauer, who came as close to the Dhamma as you can get using contemplation on the topic of what constitues “world”, which is pushed forward by thirst and caught in concepts (or in Schopenhauer’s terms: The world as will and representation). Who knows, maybe he is using the reality-slicing knife of insight meditation as you read these lines.

Our existence is based solely on the ever-fleeting present. Essentially, therefore, it has to take the form of continual motion without there ever being any possibility of our finding the rest after which we are always striving. It is the same as a man running downhill, who falls if he tries to stop, and it is only by his continuing to run on that he keeps on his legs; it is like a pole balanced on one’s finger-tips, or like a planet that would fall into its sun as soon as it stopped hurrying onwards. Hence unrest is the type of existence. [link]

In the suttas we find another very famous passage which sheds light on how -in the perspective of a stream enter up to arahant – this “world” should be perceived – according to the Buddha, that is: 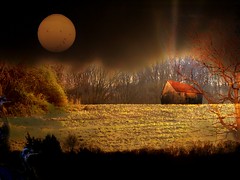 The “eye of the Dhamma”, dhammacakku, which the stream enterer is supposed to open for the first time is nothing else than his ability “to perceive” the world, for the very first time, in a new light (the light of wisdom, poetically – the light of perceiving the act of perception itself in a more literal sense, and thereby dimming even the light of sun and moon).

When others talk about an event “in the world”, he will hear them while maybe watching the “six sense world” disintegrating in a subtle way.

In that way, the world becomes a drop of water on a lotus leaf of his unestablished consciousness (periodically at least, probably depending on the stage of his progress) or appears like the wind, passing through a net.

Though he still interacts with the world, usually in a very positive sense, he enjoys a personal freedom and detachment which is beyond “thoughts”. This goal, ending all goals, an unshakeable deliverance of the mind even when facing death: this was what prince Siddhattha had been looking for for such a long time. The cooling off of the fire, i.e. Nibbana. And that is why they still call him “the Awakened One”, Buddha.