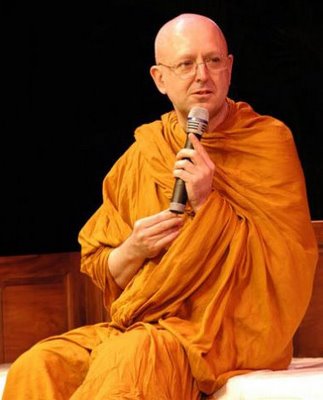 Regarding the current Bhikkhuni ordination excitement in Ajahn Chah’s Sangha and the resulting “excommunication”  (LOL) of Bhikkhu Brahmavamsa, the following Dhammapada verse came to mind:

Other’s faults are easy to see
yet hard it is to see one’s own,
and so one winnows just like chaff
the faults of other people, while
hiding away those of one’s own
as crafty cheat the losing throw. Dhp. 252

When such a great number of contemporary monks show such a plain disregard for even the most basic precepts (think 10 sīla etc…), it seems almost like a joke that they would so vehemently oppose Bhikkhuni ordination pointing towards the Vinaya and tradition.

Personally, I yet have to meet any dedicated practicing monk who was absolutely against reinstating the Bhikkhuni ordination. Never met anyone who would dispute the Buddha’s decision to allow women to enter the order and find a spiritual home.

BTW, as Bhikkhu Bodhi made the case, legally it should be no problem at all – and practically speaking: The Ayya Khema tradition in Germany and several other female meditation centers in Sri Lanka perform Bhikkhuni ordinations for more than 10, 20 years now.

My biggest wish would be that we do not just see women in robes or Bhikkhuni titles on conference papers but Arahant nuns,

Four times, five, I ran amok from my dwelling,
having gained no peace of awareness,
my thoughts out of control.
So I went to a trustworthy nun.
She taught me the Dhamma:
aggregates, sense spheres, & elements.
Hearing the Dhamma,
I did as she said.
For seven days I sat in one spot,
absorbed in rapture & bliss.
On the eighth, I stretched out my legs,
having burst the mass
of darkness.        Uttama Therī, [Thig.3.2]

On the topic: Bodhi Aranya

Feeling the powerful beauty of virtue