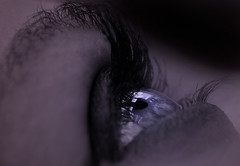 Most of you are probably familiar with the Christian/Jewish bible’s Genesis, the little story about how Mahabrahma (aka ‘God’) created the world….

From a Buddhist cosmological [what a contradiction in terms, :-)] standpoint, this particular event was not really unique – depending on your timeframe of course – but what if we, just for the fun of it, ask ourselves what did the Buddhists put at the very beginning of all their sacred texts and literature? What special emphasis did they create by establishing one particular text at the head of their ‘holy scriptures’, i.e. the Pali Canon of Early Buddhism.

Traditionally the Pali Canon starts with rules for monks and nuns. But if we skip that part and look at the collection of discourses the first book introduced to the reader is the Digha Nikaya, the ‘Collection of Long Discourses’. The text in this book which ancient compilers put at the beginning is a discourse by the Buddha called the Brahmajala sutta, i.e. ‘The Devine Net’.

So, how does this Buddhist ‘Genesis’ look like? In this text the Buddha starts out asking his followers never to feel angry if the Dhamma is ridiculed nor should they feel elated if the Dhamma is praised. He continues to explain how other religions come into their beliefs about various world- and soul- scenarios (among which the Buddha gives a fascinating account about how the belief in a monotheistic religion – and with it creation – is established).

However, central to this first text of Buddhist scriptures is the following recurring passage which so completely establishes what makes Buddhism so completely a non-religion.

And because he does not cling to what he sees he is detached and he experiences for himself the peace of utter freedom.

These are advanced things, monks, matters that are deep, difficult to see, difficult to grasp, subtle, leading one who follows to tranquility and the sublime; things not to be arrived at by mere logic and reasoning, comprehensible only by the wise. These, monks, are the things the Tathagata teaches, having seen them for himself. These are the things which should be spoken of by one when he speaks in praise of the Tathagata.

This very fundamental Buddhist premise does not only explain a good deal of the tolerance found and appreciated  amongst Buddhist cultures towards people of other denominations and traditions but also helps to understand the following result by a recent survey:

Quite astonishing, even for people who know how relatively easy Buddhism adopts to scientific views (yes, they are views as well). And while Natural Science usually tries to critically approach physical ‘realities’ and establish laws from the observation of conceived reality, Buddha (‘the physician’) went a step further and was interested in how the interplay of concepts (name), physical objects (forms) and consciousness creates our perceived world. His science is still known to Buddhists as “the Law” (Dhamma/Dharma)

Therefore, asked about the world, the Buddha would try to change the inquirers premise:

“Monks, I will teach you the All. Listen & pay close attention. I will speak.”

“As you say, lord,” the monks responded.

The Blessed One said, “What is the All? Simply the seeing & forms, hearing & sounds, smelling & aromas, tasting & flavors, feeling & tactile sensations, intellect & ideas. This, monks, is called the All.  Anyone who would say, ‘Repudiating this All, I will describe another,’ if questioned on what exactly might be the grounds for his statement, would be unable to explain, and furthermore, would be put to grief. Why? Because it lies beyond range.” [SN 35.23 and SN 35.82 en– cakkhu etc. is better translated as seeing or eye-sense as it involves more than just the physical sense organ which would be akkhi]

Still, due to the overwhelming attraction of thoughts and ideas, Buddhism as a religion had to come up with creation-like stories to satisfy the thirst for … stories 🙂 . One of the most ancient ones is definitely the Agganna Sutta [pi]- which, funny enough, most Buddhists have never heard of.

In it we find signs of evolution, physical that is, but the major driving force behind evolution in this text is not attributed to some random magic materialism but rather the governing force of karma (i.e. intentions/actions of beings) driving their physical representation depending on the mental ups and downs in individual beings, societies and cultures in the universe. In the light of the above quoted passages it still should be clear that Buddhism is less interested in these facets of (physical/natural) samsaric re-cycling (pun intended) or evolutionary and devolutionary whirlpools but rather focuses on the sources of the movie projection.

When Mahayana started as a reformation…