Caveat: This post is probably very boring for most of you. However, if you manage to read it, you might 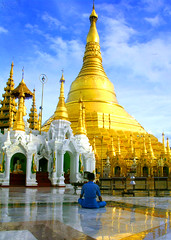 a.)get a clearer picture what anusayā (‘latent tendencies’) are and b.)see how one can arrive at filling pali terms with meaning and ‘life’ by using context search and relating the findings to ones own meditation practice. So, this is more like a journal entry than an article. Skip it, if you like.

Today studying the Nettipakarana (trying to figure out whether it is older than the Petakopadesa. Not really, on a second thought, trying to figure out which of the two is more relevant with regard to actual practice…both seem to have either had a common work they were based on…but looking at the magnificent memorization of the rest of the suttas, i can only think that their original work was something handed down besides the main texts in a more sloppy way…if you ask me, this may have been the instructions given by Ven. Mahakaccayana himself, who resided in Avanti during Buddhas time and based lots of his instructions on the Parayana and Atthakavagga of the Sutta Nipata…I am thinking that his pupils may have memorized some of his remarks and teachings and handed them down separately…being remote as they were from the heartlands of originating Buddhism. But after 100 years or so this text may have had “suffered” a couple of alternate versions, being not as authorized like Ven. Ananandas first council version. Think of the episode of that monk who heard about the council but preferred to just stick to what he himself had heard from the Buddha…no need to try tracing this text to some Mahayana source…they may well have had copies of these versions too…). So, studying the Netti i came across this passage:

The verse is of course from the Sutta Nipata, Ajitas question to the Buddha. Like most of the Parayana very relevant to practice. This one is interesting because it talks about sati (mindfulness) just keeping the sense doors under control and then talking about panna, which is supposed to finish the job.

I guess if this is really from Mahakaccayana, he would not cite the suttas in the Samyutta where they talk about him how he uses the parayana for instructions. You would rather think that this Netti or Petakopadesa IS (part) of the instructions he used to give to the newly converted Buddhists in Avanti. Have to check this on reading more of both books.

Anyhow the “Kāyagatāya satiyā” part can easily be traced to the Salayatana in the Samyutta. Interesting though: not the exact same wording there:

So, either there existed different wordings of this discourse of the Buddha at the time the Netti was compiled, or Mahakaccayana had a different memory. Semantically the same meaning..Its like you hear someone talking about “he is not repelled by” and you remember it as “he is not pulled back from” unappealing sense impressions…

But i was even more interested in the former part about paññā. It says that through paññā (usually rendered as ‘wisdom’) the anusayā vanish. If they vanish, then the grasp-arounds of your mind will vanish. pariyutthana meaning something like posessed by. Like when you are in a rage or long after something and ‘completely forget yourself’ …that is why, looking up pariyutthana in the tipitaka i found most explanations in commentaries giving kilesa (defilements) as a synonym. If you are taken over by a reaction usual that results in negative impulses like greed, conceit, malice, discontent etc. etc. Lots of thoughts.

It says that if the anusayas are destroyed (pahiyanti…fading away) you will never ‘forget yourself’ again. Then it gives the simile of a tree. The tree destroyed, all flower, fruits etc. the whole continuation (are you are frequent reader of this blog. if so, you may see a connection here with the last post) is without grounds and will cease to exist.

Then comes the fun part: How? kissa? Answer: paññā.

Well, thinking: paññā, the verb is pajānāti, used very very often in describing the noting process “iti pajnatāi” – in terms of vipassana, labeling something as imperment and seeing it that way. What if the translation of simply ‘wisdom’ does not carry this connotation? How about ‘Knowing’. The ability to just “know” clearly what is going on…at any time. Hm, worth a separate posting.

So, there is this anusaya still, difficult strange word. You can sense its experiential origin. Literal meaning is something like the “following or lying after” depending on which translation you go with. Its connotations are usually that of some inherent tendency, thus modern translations as “latent tendency”.

Looking up “anusayā pahīyanti” i wonder. Hm, except for a few cryptic passages in the AN mostly commentarial works taking this pair up. Looking at the AN passage i find this:

Well, this passage is quite known. One of the few talking in samathavipassana terms. We have to look at the commentarial explanation on this one in another post! Has a beautiful vipassana practice description for a commentary. But i was under the impression that anusayā appears more often. So another search on this term. Lets get the context straight:

Okay, that is enough. The term is well established, all over the place, even just looking at the plural. So definitely used by the Buddha in one form or the other himself. Lets try to get a clearer picture of its meaning. After all, if this “drys up” through “knowing” we will not get into states of “bewilderment” anymore where some series of thoughts would have power and sway over the “knowing” ability of the mind as developed by progress in insight meditation. DN:

Next came the samyojanas…in the list. Not the first time. They really seem to belong together…So here is the list of “latent tendencies” which we “follow after” that will lead to a mental obsession. Sensual desire, repelling, views (opinions), doubt (insecurity), ego (conceit), desire to exist (to be) and lack of knowledge (of raise and fall).

So, can you think of anything which could possession of you if these 7 guys are missing? Can we envision a mind with such a strong faculty of “always knowing” that it will not be trapped by those? Okay, that would mean to envision the mind of an arahant…

Looking for more descriptions of anusaya:

Hey! The SN supports Ven. Kaccayanas definition of panna solving the problem. Nice triangulation. So here it is the seeing of emptiness in the six sense realm that leads to the desctruction of anusayas. Panna is here to be identified as “tampi anattato jānato passato”. It says that the anusayā will go to their destruction “samugghātaṃ gacchanti”.

And the next search for anusaya turns this up. Very nice too:

Very descriptive of a meditation process. Do you see how it uses “sampassamānena” to see completely the advantage in. How does he “see”. He uses / repeats a reflection in direct speech. This would be a further addon to our iti and sallakkheti post. And here “Sabbalokā ca me mano vuṭṭhahissati” – these are descriptions of some of the results of his insight meditation. And also “kiccakārī” – done what i was supposed to do…do my duty. 🙂 . Look at the post of “as a Buddhist. why meditate”. Dhamma as the raft not a Venice on the waters.

What follows a pleasant feeling after each sense impression (on which they are based)? You would not say what “tends latent after each pleasant feeling”. Or would you? No, it is simplicity which makes the suttas so convincing…their talking about real experiences people had 2550 years ago…their discoveries. 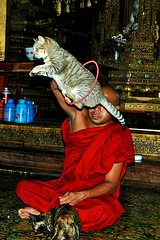 followed by a desire-following. 😉 . Thats what it is. So the “anusayas” are “followings” (lit. go after). What follows rudimentary feelings of pleasant and unpleasantness. Some are followed by lust, others by rejection, others by doubt, others by opinions…

If that is not the case in the case of an arahant is mind is doing what exactly? Just experiencing seeing, hearing, … thinking? Experiencing the feelings. Period. Nothing which follows that.

Next search turns up Malunkyaputta sutta in MN. The simile of the baby having no anusayas. This is subtle but it seems the Buddha stresses the point that the baby would still “follow after” if it had such concepts like person, or views etc. So it is that running after whatever presents itself to the mind after experiencing a pleasant or unpleasant sense impression which even the baby has. That is why it will cry when it falls, bewailing its lost pacifier etc etc. The baby like the old deluded cannot “see” what happens to them in a real-time fashion, which separates them from the ariyans. Note: even in this context Buddha uses pariyutthena.

This gives us another great view on the topic:

So here we have the whole series. A form aligns with the see-faculty and see-consciousness in what is called “contact”. A feeling arises which if pleasant may be followed by a number of affirmative reactions. This is the “raganusayo” the “follow after of desire”. So anusayo works as a placeholder for positive or negative reactions and unawareness in case of neutral feelings.

So why not then call this “follow” something like planning and thinking about the sense experience one had. Have a look at the next search result and be “positively surprised”:

This passage from the Nidanavagga in SN shows that “follow” is really something more subtle than just thinking about. You experience a pleasant feeling eating ice cream. Now usually this may result in lots of thoughts and planning: How much more, when was the last time, how do the others like this…etc.” But this passage says, even if your mind would be withouth thoughts…there may still be a “following after”. Which is what? It is like the surge of the mind running after or emphasizing those sense impressions which this pleasant or unpleasant feeling derives from. All following sense impressions seem to come into a “special spotlight”. Not just awareness or attention, but they are sought after. So we might even translate as “seeking after” instead of “following”. Or probably just “following”, thus denoting some kind of silent but perceivable effort/wish/drag of the mind “to continue with it” (be it negative or positive). 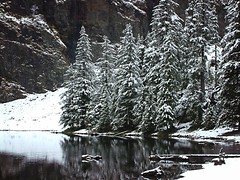 So the arahant is like the tree in the winter forest, experiencing the drops of snow flakes unmovable but as they come and the rest of us are like kids, sometimes standing there and experiencing them like the tree but most of the time chasing one or the other which caught our special attention.

Summing up: Reading the tipitaka in context rather than book after book can definitely enhance understanding. You would be able to do the same without a computer, of course, if you would memorize the tipitaka by heart, like in the ancient days..or some monks these days.