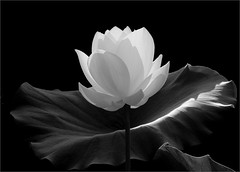 Have you ever wondered what an Anāgāmī (a non-returner) needs to do or work on in order to attain Arahantship (or final and complete realization of Nirvana)?

Or, for that matter, how – if there are any necessary changes – does one have to adjust one’s meditation practice after attaining to the first stage of the path of enlightenment? Is there a difference in the methods applied by a stream enterer versus a non returner when it comes to their meditation objects? Does the Buddha talk about these things?

For those fascinated with such (admittedly) rather ‘advanced’ but none the less exciting topics – there is an enlightening (pun intended) sutta in the Khandha-Samyutta, called “Khemaka” which addresses exactly this particular question.

It relates the story of a sick monk who had reached the stage of an Anagami. At least that is what he had experienced. The other monks knowing that he was seriously ill were curious about his spiritual development. So they sent another monk as a go-between and asked a couple of questions. Lets have a quick look:

This is the first question they ask to find out about his “attainments”:

The Venerable Khemaka replies that he does not regard any of those groups or heaps (khandha) of identification (literally ‘taking+up’ or upādāna* ) as self or belonging to a self (na kiñci attaṃ vā attaniyaṃ vā samanupassāmī”’ti.)

When the other elders hear this answer, they immediately believe him to be an Arahant, a fully enlightened one. Especially when we look at the verb samanupassati, we could come to a similar conclusion. Here is why:  This particular verb is used a lot in early canonical contexts where later pali texts and commentaries would prefer to use vipassanā, or “to see clearly”. Both imply a sense of thorough observation. In the Anguttara-Commentary we find samanupassati** defined as:

“Observe” means to see with knowledge.

The question now would be how can you see something with knowledge? The answer to that would throw us back to our previous discussions on the usage of a short marker (sallakha) or label to add a flavor of knowing to the process of seeing, helping the mind to avoid getting drawn into the stream of experience  (i.e. identifying). One example list of observations in this regard can be found in various chapters of the Samyutta Nikaya and other places listing them modes of thorough observation:

These four, o monks, people are found in the world. Which four? Here, o monks, a person dwells in the first jhana, having abandoned sensual pleasure etc.. Whatever there is of kinds of form, feeling, perception, intention or (discriminative) consciousness, these things he observes  as inconstant, stressful, a disease, a cancer, an arrow, painful, an affliction, alien, a disintegration, an emptiness, not-self. [AN, IV.] 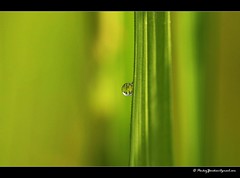 So, from the above, we could gather that the monks who listened to Ven. Khemakas answer, had reason to believe that he indeed had achieved full realization of Nibbana, and, because he stated that he does not see a self or nothing belonging to self in anything (na kiñci) that he is an accomplished insight meditator of the highest order. However, this is not (yet) the case, as the Ven. Khemaka himself clarifies in his next response:

This answer of Ven. Khemaka however, completely bewildered the questioning monks. They are curious however, as they know they talk to someone who seems to be very knowledgeable as to the peculiar “psychological nature” of his attainments:

At this point in the conversation, Ven. Khemaka felt for the poor messenger monk and said:

“Enough, friend Dasaka. What is accomplished by this running back & forth? Fetch me my staff. I will go to the elder monks myself.”

On arrival he explains the situation of an Anagami with the help of some very interesting similes:

“Then how would he describe it if he were describing it correctly?”

“As the scent of the flower: That’s how he would describe it if he were describing it correctly.”

This  is a great explanation. The elders tried to narrow down what part of his insight observation he still considers as self nor not self. But his remark show that the notion of “am” which is part of his experience, cannot be determined or backtracked to any of the five groups of grasping as such. The remaining “am” notion seems to be nothing more than an echo or shadow which the mechanics of the five groups of grasping invoke – however, when he does look and observe them with insight observation, there is nothing which he could bind his “I am this” against. As you can see, from the stage of an innocent first time meditator via stream entry towards the experience of a once returner, one seems to first shed the dogmas, views and concepts related to an ego or soul. They stand in stark contrast to experiential reality. Eventually what remains is a scent of “(I) am”. And even that will fade away, as Ven. Khemaka continues to explain:

“Friends, even though a noble disciple has abandoned the five lower fetters, he still has with regard to the five groups of identification a going-along ‘I am’, an ‘I am’ measuring, an ‘I am’ impulse, an ‘I am’ tendency which is not eradicated.

But at a later time he keeps focusing on the phenomena of arising & passing away with regard to the five clinging-aggregates: ‘Such is form, such its rising, such its disappearance. Such is feeling… Such is perception… Such are fabrications… Such is consciousness, such its rising, such its disappearance.’ As he keeps focusing on the arising & passing away of these five groups of identification, the along-going ‘I am’ , the ‘I am’ measuring, the ‘I am’ impulse, the tendency which was not eradicated will be fully obliterated.

Now one of the reasons for quoting this text was of course (again) the obvious construction of using direct speech/thought as an example for applying insight meditation. The above example is so vividly depicted that you could almost think of it as a guided meditation. Close your eyes (dive into a jhana 🙂 and you can almost right away apply this instruction to your experience – with the caveat that a certain amount of concentration will be helpful, as the amount of sense stimulation would otherwise overwhelm any beginning insight meditator. Let’s see how Ven. Khemaka finishes his beautiful simile:

“Just like a cloth, dirty & stained: Its owners give it over to a washerman, who scrubs it with salt earth or lye or cow-dung and then rinses it in clear water. Now even though the cloth is clean & spotless, it still has a lingering residual scent of salt earth or lye or cow-dung. The washerman gives it to the owners, the owners put it away in a scent-infused wicker hamper, and its lingering residual scent of salt earth, lye, or cow-dung is fully obliterated.

That is what Ven. Khemaka said. Gratified, the elder monks delighted in his words.

And while this explanation was being given***, the minds of sixty-some monks, through no clinging, were fully released from fermentations — as was Ven. Khemaka’s. [en | pi]

So here we have a very clear indication of how an Anagami explains himself to his fellow monks. He has overcome all 5 lower fetters, including greed and hatred which are gone and do not appear anymore. But there is still that faint “(i) am” notion/feeling/echo which is not gone yet.

Particular interesting in this regard is the fact that before he breaks apart all possible life experience into the 5 groups of grasping saying that he is not looking at any of those as his self or own. But nevertheless this “adhigatam” of a notion  lit. over-coming of “(I) am” does not leave (yet). But he knows what needs to be done.

It is just a continuation of the same insight meditation principles we read and hear about in other instances:

But at a later time he keeps focusing on the phenomena of arising & passing away with regard to the five clinging-aggregates: ‘Such is form, such its origin, such its disappearance. Such is feeling… Such is perception… Such are fabrications… Such is consciousness, such its origin, such its disappearance.’ As he keeps focusing on the arising & passing away of these five clinging-aggregates, the lingering residual ‘I am’ conceit, ‘I am’ desire, ‘I am’ obsession is fully obliterated.”

Observation of the 5 groups of grasping and seeing their rising and falling. Eventually, this is what this important lesson is all about, even this “am” notion will disappear.

Ergo: As in the beginning of ones practice towards realization of the four noble truth and gaining of the realization so it continues. The mode of observation and the topic of observation stay the same for the accomplished practitioner: The five groups / six sense sphere’s moment to moment experience and a keen detached knowing observation:

Having nothing, clinging to no thing: That is the island, there is no other. [en]

*) upādāna … One of those fundamental terms the Buddha uses to describe our relationship to the world. Rendered “identification” because when we do “take + up” one of the five groups (a thorough classification of the building blocks of our six sense experience) this results in an identification, a tam-mayatā. Once identified, we become what we identify with or took up. From that moment on, death is near.

**) samanupassati … lit. sam (together) + anu (following) + passati (to see). To observe, watch – with a slight connotation of “finding” and/or “assuming/regarding”. Its generally interesting to see how this word was used in the context of insight meditation:  Examples

***) If you interpret the little meditation instruction literally it is clear that a “native pali” speaker, esp. when he was a monk eager to attain Nirvana could have embarked on “noting” the rising and disappearing of all five groups right during the discourse itself. In fact, that would have been the most proper way to respond to an instruction like this. In fact, many people honored Buddha’s teaching efforts in this – the most perfect way – and seem to have applied his instructions immediately while listening. One of the greatest hallmarks of the Dhamma: its pragmatism!