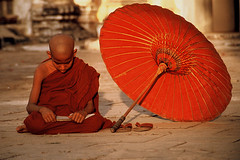 One of the most essential terms used by the Buddha in reference to developing wisdom and pointing out the path to Nibbana is the Pali verb “manasi karoti” especially in the phrase yoniso manasi karoti.

It is so essential to the attainment of Nibbana that the Buddha time and again points out that if we practice manasi karoti in a certain manner, which he calls yoniso, that we will then progress and develop insight to see for ourselves what he himself experienced in that particular night, 536 B.C. now commonly known as “the Awakening”, the Buddha’s bodhi:

SN Salayatanasamyutta, Ajjhattaaniccanandikkhayasuttaṃ. (Solution to this ‘riddle’ at the end of this article)

Now, what is manasi karoti in English? What does it mean? I would like to invite you to a little journey trying to “unlock” the meaning of this term and find out what implications this may have on our process of insight meditation as reflected in the earliest forms of Buddhist meditation.

Let’s start with the first part, i.e. manas. Manas is an old Vedic word meaning “mind” (it is actually linguistially related to our “mind”) and is used very much in the same colloquial sense as the English “mind”. Manasi is the locative case of manas and therefore indicates that we would have to translate it literally as “in the mind”.

Now, as any Indo-European language Pāli too makes use of a simple trick to express (new) meaning by using existing words. One such “trick” is grammatically known as “compound verbs” [link]. Here is a definition from Wikipedia:

N+V compounds: A compound with Noun+verb, converting the noun into a verbal structure; the arguments and the semantics are determined by the N and the tense markers / inflections are carried by the V. This would include English stretched verb examples like take a walk or commit suicide… The N+V compound appears in almost all languages, especially … as “do”, “make” etc., …

Compound verbs are very common in Indo-Aryan languages, such as Hindi-Urdu and Panjabi, where as many as 20% of the verb forms in running text may be compounds. 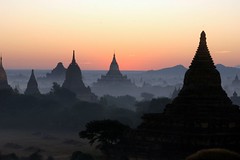 As you will see, in this particular instance the Buddha uses a very similar Pali construction himself. The second part of manasi karoti is the verb “karoti“, very frequent in Pāli as it simply means “to do, to make”.

Now, if we were to translate “manasi karoti” too literal (“to make into the mind”) that would not make much sense. If you understand that this construction is simply a compound verb, as explained above, however, the meaning becomes quite clear and we do not have to translate it too free or vague either. In fact we can now go about translating this compound verb pretty straightforward. It just says: “keep in mind”. Yes, that simple. Here the literal “to do, to make” in the form of karoti is simply used to establish a compounded meaning. Therefore to literally “make in the mind” becomes “to keep in mind“. This, obviously, makes sense. Okay, now let’s see if that translation survives our test of applying it to various contexts:

Let’s take a very obvious one first. As you know might know, very often when the Buddha started one of his sermons he would address the monks and the monks would return his address saying “Venerable Sir!” Then the Buddha would continue saying:

…I will teach you. Listen to that, keep in mind well (sādhukaṃ manasi karotha), I will talk.

So here you can see how it is used. Very straight forward, very simple to understand. But wait! This still can give us a headache. Because here in this moment, you could tend to interpret the connotation of “keep well in mind” to imply a form of learning by heart, couldn’t you? Yes, but as you will see in a moment, that that idea (which is usually expressed by another Pali term called pariyāpuṇāti or uggaheti) is not meant here, when the Buddha wants his monks to “keep it well in mind”.

Let’s have a look at the second example, slowly coming closer to the meditative implications this particular expression carries and you will quickly undertand why a correct understanding of this term can make many a Buddhist (Pali) text suddenly more profound than you would have expected.

In a remote corner of the Pali canon ( 🙂 ) we find this passage:

Here, o friend, the Bhikkhu has some duty to attend to (kammaṃ kātabbaṃ – work to do). So this occurs to him: “I will do some work. While doing a work it is not easy (sukaraṃ) to keep the Buddhas’ teaching in mind (pay attention to it). What if I were to arouse my energies to attain to what I have not attained to yet, to achieve what I have not yet achieved, to realize what I yet have not realized!”.

Now, as you can see, he does not mean in this case that it is difficult to learn the Buddhas teaching. This very comprehensible passage gives us a great leverage in grasping the connotation of meaning when we hear the Buddha talk about “manasi karoti” – to keep in mind, summarizing all said before, in the Buddha’s sense, means the following:

to keep ones attention fixed on it, to keep it present in mind, to focus on it, to not let it slip, to pay attention to it

Yes, of course that is ([a form of] concentration) meditation! 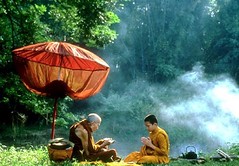 In a certain sense this may not be such new news to some, but IMHO it is very illuminating to see what the Buddha asked his monks to do before getting ready to talk about the Dhamma. Long suspected by many, listening to a sermon of the Buddha was unlike attending a public talk at a political convention. It did not resemble a modern day audience which just gets “hooked” and “carried away” on words/thoughts. The purpose was not alone to merely listen or memorize: At least some Dhamma talks, especially in a monastic environment were more like training sesssions.  Rather than simply creating a substitute for craving (sounds) or thoughts we here see the Buddha trying to encourage his monks to turn the activity of listening to him into a meditation session: to turn their attention to the content of his teachings and put them right away into a mode of practice of applying his very words – yes, almost like what we would call a “guided meditation”. Now, this also puts the repetitions into an entirely different light, doesn’t it 🙂

Once we understand that the term manasi karoti or “manasikāra” (which is its form when used as a noun) means keeping attentively in mind, observing, focusing on, to bring to mind (and keep it there), “(ver)gegenwaertigen” (German), “se représenter qc., attirer l’attention” (French) then such passages as the following appear in a much more pragmatic light:

That was probably convincing enough. But, we are not done yet. On purpose we were looking only at places were the manasikāra appears without the “yoniso“, and adverb which the Buddha especially employed whenever he wanted to stress the insight-meditation character of using “attention” or “bringing it to mind”, manasikāra. 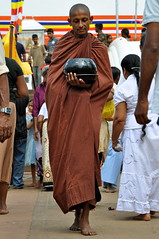 So, what does yoniso mean? It is an adverb (yoni + so) from the noun yoni, which literally means womb.

It’s basic meaning can be derived by reading a simple and straightfoward passage once again:

As you can see, here the yoniso just means “thoroughly”. In the sense that you try to be comprehensive and thorough with your reflection. Let’s quote a few more individual instances before we see how the Buddha uses these two words in explaining insight meditation:

Urgency and the proper fight of the one filled with urgency regarding occasions which cause urgency.

With three, o monks, things equipped, a monk will often dwell happy and at peace here and now and his effort to eradicate the influxes will be properly/thoroughly aroused: With which three things? He is guarding the doors of his senses, he keeps restraint regarding food and he stays awake a lot.

“Hatthaka, it is good! You have wisely got together this huge gathering”

All of the above show, that yoniso has actually not really that much to do with thoroughly, even if we might embrace such a meaning just looking from an etymological standpoint. But that does not help us much, as we have to see the contextual meaning in which the word was used during the life time of the Buddha. The above situations show quite clearly that the contemporary idea of ayoni(so) or yoni(so) was one of “right/smart/correct/proper(ly)” vs. “false, wrong, stupid, improper(ly)“.

Now let’s look at some passages where both appear together:

Therefore, if we combine our two pieces of information we get quite a rich new meaning. Especially when we apply it back to those passages where yoniso manasikāra is mentioned. Now, we hear the Buddha talk about the “correct application of attention”. It is all about keeping the right or correct things in mind. We see how this meaning is applied in many instructions clearly dealing with instructions for meditation. This is no different in the passage we quoted at the beginning of this post.

Rather than focusing on thoughts which lead to nowhere, the Buddha encourages us to attend to those thoughts itself so that  we see how they really have sprung into existance (yathābhūta ñāṇadassana – which is althogether another story for another day 🙂

Properly keep the eye-sight in mind, o monks; See the impermanence of the eye-sight as it manifests. When a monk, o monks, sees the impermanence of eye-sight as it manifests properly keeping it in mind, he will not find anything (fascinating) with regard to the eye-sight. From the eradication of delight comes the eradication of fascination. From the destruction of fascination comes the destruction of delight. ‘When delight (nandi) and fascination/desire (rāga) are destroyed the mind is fully liberated’ – thus I say.

So, give it a try. Right here, right now. Move your attention from the content of these lines towards the process of seeing itself. Try too keep that in your mind, holding your observation right there. See how the seeing disappears, replaced by moments of thoughts, replaced by moments of hearing…Keep doing this as often as you can for as long as you can (nibbidabahulo) and you are on the right track to Awakening!

Thank you for your attention 🙂