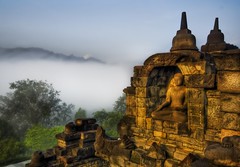 repeated throughout the text as some kind of refrain, summarizing the quintessence of samma sati, or right mindfulness/awareness:

The same of course is true to being mindful about the body, feelings, mental states and here, finally, even thoughts/concepts. If you will a meditator could start out with the obvious, the body, like in many contemporary vipassana systems, but eventually, he would even have to establish bare attention at mental objects, concepts….

Note 1: He remains focused … In pali it says ānupassī viharati We could also say: He remains/dwells/abides (i.e. continues, uninterrupted for longer stretches of time at least, almost like in a state) watching (anupassi), literally “looking at”, “looking onto”… strikes as synonymous expression for “yoniso manasikaro” or “yathabhutam pajanati”

EVEN ‘Buddhist teaching concepts’ will NOT make him grasp but he will simply NOTE them as MENTAL OBJECTS (atthi dhamma ti)- at this stage in the game… and this really is the sticky stuff most difficult to un-identify. Especially tricky as an object to note with pure mindfulness are meditation related thoughts… 🙂 For the Buddha an important reason to include in the Satipatthana Sutta a couple of examples what a monk might get hooked on. Interestingly though, many think, that those “mental objects” mentioned in this sutta are supposed to be the intentional topic for meditation. Hmmm, what do you think? If you still wonder, you might get a clearer picture if you have a look at the second refrain i will point out further below…

Note 3: What does internally and externally stand for? Especially when it comes to bare awareness towards mental objects (i.e. thoughts, concepts, ideas)? How can you note them externally? Looking into other peoples mind, as the commentaries second-guess?

Many articles and books have tried to explain and discuss this passage. As obscure as its meaning might seem at first, if we put it into context and compare it with another frequent ‘refrain’ found in numerous suttas dealing with insight meditation, all of a sudden, we might find that it relates a very simple but fundamentally important description of what insight meditation is all about: Compare it to this one:

“Now suppose that a magician or magician’s apprentice were to display a magic trick at a major intersection, and a man with good eyesight were to see it, observe it, & appropriately examine it. To him — seeing it, observing it, & appropriately examining it — it would appear empty, void, without substance: for what substance would there be in a magic trick?

In the same way, a monk sees, observes, & appropriately examines any body/feeling/perception/intentions/consciousness be it past, future, or present; internal or external; blatant or subtle; common or sublime; far or near. [i.e. it is completely irrelevant how you ‘subjectively’ perceive the object at hand – as long as your attention becomes aware of it.]

To him — seeing it, observing it, & appropriately examining it — it would appear empty, void, without substance: for what substance would there be in consciousness?

This being the essence of insight meditation would explain why this passage re-appears like a refrain, a summary of what the listener has to understand as the make it or break it of his insight technique.

If we look at both ‘refrains’ made by the Buddha himself which summarize his insight technique we see a couple of fundamental parallels  suggesting proper insight practice:

Let us close with this beautiful verse: 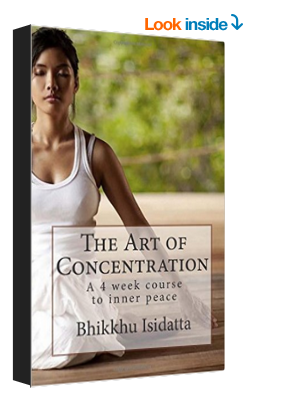