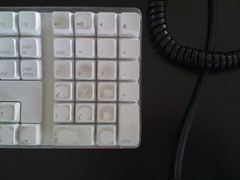 If you happen to be interested in Math, you may know about Benford’s Law and how it was recently “solved”**. The fascinating part of this little story is how close the problem and its solution are related to the idea of a ‘self’ which is (according to Buddhism) – like a magicians trick: generated as a by-product of “mental signal processing”.

Benford’s Law can be explained as follows, in this great article by Dr. Steven Smith:

Frank Benford was a research physicist at General Electric in the 1930s when he noticed something unusual about a book of logarithmic tables. The first pages showed more wear than the last pages, indicating that numbers beginning with the digit 1 were being looked up more often than numbers beginning with 2 through 9. Benford seized upon this idea and spent years collecting data to show that this pattern was widespread in nature. In 1938, Benford published his results, citing more than 20,000 values such as atomic weights, numbers in magazine articles, baseball statistics, and the areas of rivers…. 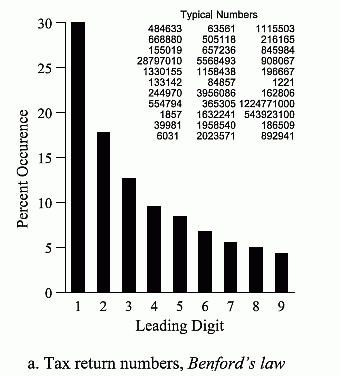 Now suppose that this … data is being examined by an alien from another planet. Since he has eight fingers, he converts all of his numbers to base 8. Like before, most or all of the leading digits will change in this procedure. In spite of this, the new group of numbers also follows Benford’s law (taking into account that there are no 8’s or 9’s in base 8)….

What does this all mean?

Over the last seven decades Benford’s law has achieved almost a cult following. It has been widely claimed to be evidence of some mysterious or paranormal property of our universe.

Compare this to man’s eternal struggle to locate his “self” in or outside of himself, while looking/processing the six senses. Clearly, there must be a self, an ego, an I, right? I can see it. But where does it come from? And what is it? Is the Buddha’s answer to that “problem” which he summarized as “avijja” or “ignorance/unwisdom/not-knowing”, an illusion, maybe similar to the answer we might find to this “mysterious” math (<= mental/logical) problem?!

For instance, Benford himself tried to connect the mathematics with Nature, claiming that mere Man counts arithmetically, 1,2,3,4…, while Nature counts e0, ex, e2x, e3x, and so on. In another popular version, suppose that nature contains some underlying and universal distribution of numbers. Since it is universal, it should look the same regardless of how we choose to examine it. In particular, it should not make any difference what units we associate with the numbers. The distribution should appear the same if we express it in dollars or rupees, feet or meters, Fahrenheit or Celsius, and so on. Likewise, the appearance should not change when we examine the numbers in different bases. It has been mathematically proven that the logarithmic leading-digit pattern is the only distribution that fulfils these invariance requirements. Therefore, if there is an underlying universal distribution, Benford’s law must be it. Based on this logic, it is very common to hear that Benford’s law only applies to numbers that have units associated with them. On the other end of the spectrum, crackpots abound that associate Benford’s law with psychic and other paranormal claims.

Don’t waste your time trying to understand the above ideas; they are completely on the wrong track. There is no “universal distribution” and this phenomenon is unrelated to “units”. In the end, we will find that Benford’s law looks more like a well-executed magic trick than a hidden property of the universe.

This being only indirectly a math blog (if you understand mathematics to be a ZEN like but sophisticated approach of finally challenging the boundaries of logic) we will directly jump to the conclusion. For all of you who would like to read this fascinating article below is the link. Here now the solution:

In short, the logarithmic pattern of leading digits comes from the manipulation of the data, and has nothing to do with patterns in the numbers being investigated.

This result can be understood in a simple way, showing how Benford’s law resembles a magician’s slight of hand. Say you tabulate a list of numbers appearing in a newspaper. You tally the histogram of leading digits and find that they follow the logarithmic pattern. You then wonder how this pattern could be hidden in the numbers. The key to this is realizing that something has been concealed– a big something.

Recall the program in Table 34-1, where lines 400-430 extract the leading digit of each number. This isdone by multiplying or dividing each number repeatedly by a factor of ten until it is between 1 and 9.999999. This manipulation of the data is far from trivial or benign. You don’t notice this procedure when manually tabulating the numbers because your brain is so efficient. But look at what this manipulation involves. For example, successive numbers might be multiplied by: 0.01, 100, 0.1, 1, 10, 1000, 0.001, and so on.

This changes the numbers in a pattern based on powers of ten, i.e., the anti-logarithm. You then examine the processed data and marvel that it looks logarithmic. Not realizing that your brain has secretly manipulated the data, you attribute this logarithmic pattern to some hidden feature of the original numbers. Voila! The mystery of Benford’s law! 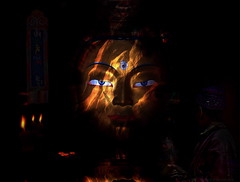 From a Buddhist or insight meditation standpoint, something similar goes on with regard to the mind. The mind’s signal processing or rather cognitive experience (to more accurately describe it from a philosophic standpoint – after all, we are dealing here with “the world” alias “the all”) creates the perception of a self, which is a “result” of the process (or delusional by-product)  but not found inside the process nor found to be “essential” at all. Therefore consciousness resembles, like the Buddha mentioned, very much a magician’s trick:

In this regard, attaining Nirvana would mean to finally finish one’s own homework. Solving the samsaric equation takes lot of work (you have to read Smith’s article in its entirety to realize that – or simply do vipassana for a few years :-), but the realization at the end will be a short and profound one – and will not lie in the realm of the six senses. As in the case of solving Benford’s law it implied some form of stepping out and reviewing the problem from a neutral point of view, making sure one does not forget to take into account one’s own cognitive process rather than falling for the various interpretations which our mind tends to proliferate into. 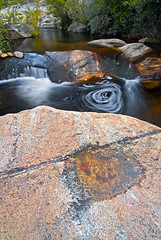 …What is actually meant by vattam vattati is a whirling round, and samsara, even literally, is that. Here we are told that there is a whirling round between name-and-form and consciousness, and this is the samsaric whirlpool to which all the aforesaid things are traceable. Already … we tried to show that name in name-and-form has to do with names and concepts. Now from this context it becomes clear that all pathways for verbal expression, terminology and designation converge on this whirlpool between name-and-form and consciousness. Now that we have attached so much significance to a whirlpool, let us try to understand how a whirlpool is formed. Let us try to get at the natural laws underlying its formation. How does a whirlpool come to be? Suppose a river is flowing downward. To flow downward is in the nature of a river. But a certain current of water thinks: “I can and must move upstream.” And so it pushes on against the main stream. But at a certain point its progress is checked by the main stream and is thrust aside, only to come round and make a fresh attempt, again and again. All these obstinate and unsuccessful attempts gradually lead to a whirling round. As time goes on, the run-away current understands, as it were, that it cannot move forward. But it does not give up. It finds an alternative aim in moving towards the bottom. So it spirals downward, funnel-like, digging deeper and deeper towards the bottom, until an abyss is formed. Here then we have a whirlpool. While all this is going on, there is a crying need to fill up the chasm, and the whirlpool develops the necessary force of attraction to cater to it. It attracts and grasps everything that comes within its reach and sends it whirling down, funnel like, into the chasm. The whirling goes on at a tremendous speed, 65See sermon 1. while the circumference grows larger and larger. At last the whirlpool becomes a centre of a tremendous amount of activity. While this kind of activity is going on in a river or a sea, there is a possibility for us to point it out as `that place’ or `this place’. Why? Because there is an activity going on. Usually, in the world, the place where an activity is going on is known as a `unit’, a `centre’, or an `institution’. Since the whirlpool is also a centre of activity, we may designate it as a `here’ or `there’. We may even personify it. With reference to it, we can open up pathways for verbal expression, terminology and designation. But if we are to consider the form of activity that is going on here, what is it after all? It is only a perversion. That obstinate current thought to itself, out of delusion and ignorance: I can and must move upstream. And so it tried and failed, but turned round only to make the same vain attempt again and again. Ironically enough, even its progress towards the bottom is a stagnation. So here we have ignorance on one side and craving on the other, as a result of the abyss formed by the whirlpool. In order to satisfy this craving there is that power of attraction: grasping. Where there is grasping, there is existence, or bhava. The entire whirlpool now appears as a centre of activity….

The funny thing: This post is being written under the influence of that magic trick 😉

By the way: Dr Steven Smith also has a second area of interest, which – much to our delight – is actually closer to the topics of this blog than DSP (well, again, depends on your viewpoint). If you are interested in his book on consciousness (which, from what I can see, sounds like a combination of Schopenhauer and modern physics:-) please have a look at this page: http://www.innerlighttheory.com/overview.htm :

These are the physical principles that underlie our five senses, resulting in neural signals being sent to our brains.  These indirect clues are all we know about the physical universe, and the only things we can know about it.
But of course, our conscious perception of an apple is nothing like photons, sound waves, or neural activity. We see an apple as red, feel it as smooth, and taste it as sweet. This is our introspective experience, because this is the representation that the subreality machine has created for us.  Our unconscious mental processes fused the multitude of sensory data into the thing we recognize as an apple.  Everything that we are conscious of has been created in this way. Our consciousness exists in this inner reality, not the physical world. When we are awake, the inner reality is constructed to mimic our external surroundings.  When we dream, the inner reality exists on its own, without regard for anything outside of our brains.   But either way, all we can consciously experience is the inner reality created for us by the subreality machine in the brain.

*Many of you might know this excellent book already, but just in case, it fits very nicely into this post’s discussion. A classic: Godel, Escher, Bach: An Eternal Golden Braid

*** Some related posts on this blog:

I stayed asleep while you were here 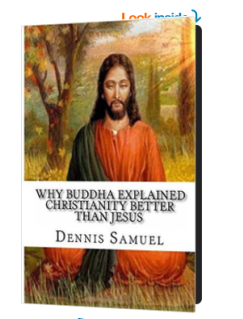