From time to time I wonder: 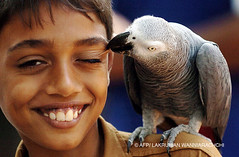 How many of you out there scratch their heads when they read the first line of the metta sutta?

Sure enough, translations of the metta sutta abound and almost every (Theravadin) monastery in East and West cherishes and chants one of the most inspiring Buddhist poems on the cultivation of loving kindness. The Metta Sutta.

There is something odd with this text.

Let’s say there seems to be a second layer of information. Clearly to see for those who know what they have to look for, I guess.

One reason why this second meaning seems hidden, is the fact that almost all contemporary translations do not  translate the first line literally, that is in accordance with its grammar*. If they did, the entire message of this sutta would seem to be addressed to a specific subset of samsaric travellers not just “anyone” looking for cultivation of friendship.

Lets have a look:

It looks so innocent and pretty straightforward…until you think about the verb form of abhisamecca. First time I stumbled over this was many many years ago, together with a dear friend of mine, the Ven. Pannadhamma Bhikkhu. It was one of these relaxing afternoons, sitting in his small room, littered with Dhamma books that we were honing our pali skills and took on the task of doing something “simple” for a change. … The metta sutta. Well, we never got much further than the first line. Look at this:

atthakusalena …. by/ trough (Instr.) the one who is skilled (kusala) in the good ( PED: clever in finding out what is good or profitable”)

So, here is the odd thing about this line… abhisamecca clearly denotes the past tense. Something which has been achieved in the past.

What does that do to our translation? Lets give it a try:

(This) has to be done by the one skilled (trained) in the goal,

Who has achieved the peaceful stage (i.e. Nibbana)

This training in metta has especially (karaniyam) to be undertaken by those who are skilled in the goal (i.e. stream-enterers and above) and who have attained to the peaceful place. [!?]

Here is another quotation from the Tipitaka which shows the usage of abhisamecca in a similar fashion. The metta sutta really seems to talk and address those who are Streamenterers and Once Returner:

Now, most people find this impossible. Normal logic forbids us to think that any enlightened being would need more metta meditation than an unenlightened person, correct? And this is what most translators thought too, which is why they usually “skip” over this grammatical fact and make the text say what they believe instead – whatever their motivation was. And so for me too, for quite some time, this line was puzzling. Until the missing piece of information became available . 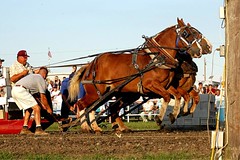 In fact, in another post on this blog (one with less page views than others 🙂 I tried to point out to that curious vipassana knowledge experience recorded by Mahasi Sayadaw and others, that in fact the Samyojanas or fetters (which bind us to Samsara and which are broken consecutively during the attainment of each stage of enlightenment) that these fetters haunt all meditators especially the closer they get to a maggaphala.

The samyojanas seem to be in reality exactly what their name would imply (wow, what a coincidence… LOL) in that one only knows that one’s foot is chained by a samyojana or fetter to a pole when one tries to run away from the pole. Now, usually, we do run around quite a bit, but hardly ever away from the 5 groups of grasping. Usually we circle around various combinations of those groups of graspings but do not fundamentally challenge them with a “letting go” or “disinterest” (nandi pajahitabbam).

So when, by good friendship and other factors, we do find ourselves sitting in a series of deep and dedicated vipassana sessions where we start to slow down the movie of samsara by catching up with its frenzy/speed (thanks to samatha…) and, while we experience what a hulu.com user feels when his favorite TV show suddenly sputters because the speed of his data stream downloading frames of pictures diminishes

— (in case you never experienced such a phenomenon on the internet, which is hard to believe, the phases you go through are remarkable similar to vipassana and go like this -> desire to see the movie while having to watch interrupted and sputtering images -> disillusionment -> disenchantment sets in -> and finally switching off the computer, the movie’s power over the watcher is broken) —

so in these moments of fundamental samsaric challenge, it is samsara which pulls the last triumph card and breaks our concerted effort through a more or less subtle pull of certain chains, the samyojana which the Buddha mentioned frequently. Each of them is broken with the attainment of one of the 4 stages of enlightenment. And it is only the Nonreturner and Arahant who have broken greed and hatred.

Now, think in terms of meditation instruction. Buddha says here “those who are skilled in finding what is helpful”, or atthakusala. Yes, a meditator in such a vipassana stage might very well be advised to switch his samatha kammatthana over to metta bhavana… lest his samyojana of hatred interferes with his progress in insight. Being mad at his meditation teacher for superficial reasons he stops his noting process. Samsara won. 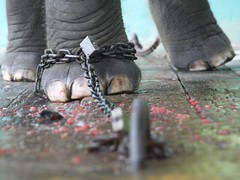 …which does not mean, of course, that anyone showing hatred or irritation is close to Nibbana :-).

However, it was noted by Mahasi Sayadaw and others, that people who had been practicing for some time and do show clear signs of walking through the stage of vipassana insights that they did show sudden and inexplicable (mental) outbursts of greed or hatred (or other samyojanas) which the meditators themselves found extremely unusual or disconcerting.

This usually happened within a longer retreat environment and calls for some serious and developed vipassana teacher to be correctly identified. Lets not jump to conclusions.

However, wouldn’t it be interesting if this experiential fact which was just “re-established” over the last couple of decades is indeed the background and reason for the metta sutta and its interesting first line? Probably too mind-boggling for most simple daily usage of the metta sutta…

Being aware of this idea will make many of you scratch their heads as well. I will rest my case at this point and let you make up your own mind. The metta sutta, after all, is good inspiration for all of us, even beyond this potential deeper implication.

(*)  If you head over to accesstoinsight  you can see how most translators turn this absolutive construction into a generic present tense, or even aspiration!…hmmmm. The only one who seems to have recognized the grammatical structure  is Ven. Buddharakkhita, here more.

Further reading: Stronger, prior to breaking. The role of samyojanas in vipassana meditation.

As pure as the full moon – Theory and Practice